Not all decisions made by a trial court are appealable. In fact, only final decisions and orders are appealable. Although it is possible for a court to make a decision that is final and appealable while your case is still pending, most orders and decisions will not be final and appealable until the end of your case. Just because an order is final and appealable does not mean it is wise to appeal the order. In order to appeal a final order, you must have a basis to do so, such as the trial court’s decision was based on a legal inaccuracy or other error. You only have a certain amount of time after the final order has been entered to begin the appeal. As a result, it is important to consult with an experienced appellate lawyer as soon as possible to determine whether it is appropriate or advisable to appeal your case. 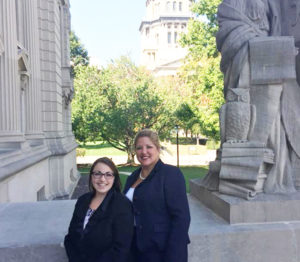 Gina L. Colaluca has extensive experience as an appellate lawyer. Throughout her career she has both appealed several erroneous decisions and defended against attacks on valid, final orders. In fact, Gina recently argued an attorney fee issue on appeal before the Illinois Supreme Court. In the Illinois Supreme Court case In re Marriage of Goesel, Gina successfully argued that family law attorneys cannot be required to turn over fees that they have previously been paid and have already earned to pay the other spouse’s attorney’s fees. Prior to this case, it was possible for one spouse’s attorney to be ordered to pay the attorney’s fees of the other spouse’s attorney, even if the paying attorney had already earned, and lawfully spent, the funds paid to them for work done in the case. The Illinois Supreme Court unanimously agreed with Gina’s position and determined that the law did not provide for such an unjust result.

Appeals are very technical, rules-based endeavors that require a lot of time, care, and expertise. It is important that you have an experienced appellate lawyer advocating your position, whether you are appealing a decision or defending against one. Call The Law Office of Gina L. Colaluca, LLC today to set up your initial consultation to discuss the possibility of appealing your case.